Current place of residence: His home in California

Dislikes: Wasting time, being Babied, having assumptions made about him, His father, being told he looks like his father, Science, kill orders, being called sir

Super Soldier Physiology: Jack’s physiology has no superhuman powers, although as a result of the Bodily Enhancement Drug and his training, he was transformed from a small frail young man into the “True Alpha Human”

Archetype: Mercenary: Ever since he was 5, he was trained to be the perfect human. His genetic template/Biological father took him in and made him into one of the best mercenaries a person who takes various dangerous jobs in exchange for large sums of money.

Enhanced Tracking: Can track others down easily via various means, ranging from scents to footprints. With enough experience, the user can follow tracks that are days or even weeks old.

Enhanced Stealth: He possesses incredibly extensive knowledge and skill in many types and ways of stealth tactics, enabling Him to easily slip in and out of areas undetected in all manners of stealth are so refined he appears as an illusion to those who have been lucky to spot him

Fearlessness: He been in this business for 13 years…. what the hell makes you think he hasn’t seen something fucked up yet?

Killing Intent: When it comes to letting people know his is around, he will give off his pure killing intent, affecting opponents and others around the vicinity.

Enhanced Combat: He has immense proficiency, capabilities and knowledge regarding combat and other topics closely related to it.

Training Regimen: Most of his near inhuman abilities come from a training regimen made by his father

Enhanced Strength: Strength is enhanced to the peak of human potential. He is strong enough to break a solid wall with a single punch, Tear metal prison bars apart as well as effortlessly lifting a full-grown man over his head with one arm and throwing him. Furthermore, this strength extends to his legs, enabling him to leap several times high eight out in a single bound, and smaller heights into the air without a running start.

Enhanced Speed: Jack is capable of running and moving at speeds faster than any Olympic-class runner, enabling him to run at speeds of 36-40 mph. He was able to move fast enough to exit a building as it was exploding.

Enhanced Stamina: Jack musculature produces considerably less fatigue-toxins, allowing him to physically exert himself for several hours before showing any sign of fatigue or tiring. He can also hold his breath underwater for longer periods of time.

Enhanced Agility: Equilibrium, coordination, dexterity, and flexibility is enhanced to levels that are beyond the physical limits of any Olympic gold medalist.

Enhanced Durability: His body is much harder and more resistant to physical injury than the body of a human being. He withstood very strong blows from superhuman foes. He also withstood electrocution, several gunshots and puncture wounds, as well as a fall from several stories, with little to no injury.

Enhanced Reflexes: His reaction speed is superhumanly fast which makes it possible for him to easily dodge multiple gunshots at point-blank range simultaneously. He even dodged bullets from multiple gunmen while underwater.

Healing Factor: Jack’s rate of healing is much faster than normal humans. He is able to heal broken bones, torn muscles, several gunshots, knife wounds, and various other injuries hours, like regenerating damaged cells from his heart. Most lesser injuries like cuts, bruises, scrapes, or burns heal within a few seconds or minuet.

Enhanced Balance: His balance and dexterity are in levels superior to that of the world’s most highly trained humans. The perfect example of his balance was shown during his evasion movements on one occasion when he used just one finger to stand on the very edge of a building without any slip nor hesitation.

Enhanced Longevity: His aging process has been slowed to the point where he still looks 18

Family: Most his family are missing or dead so… 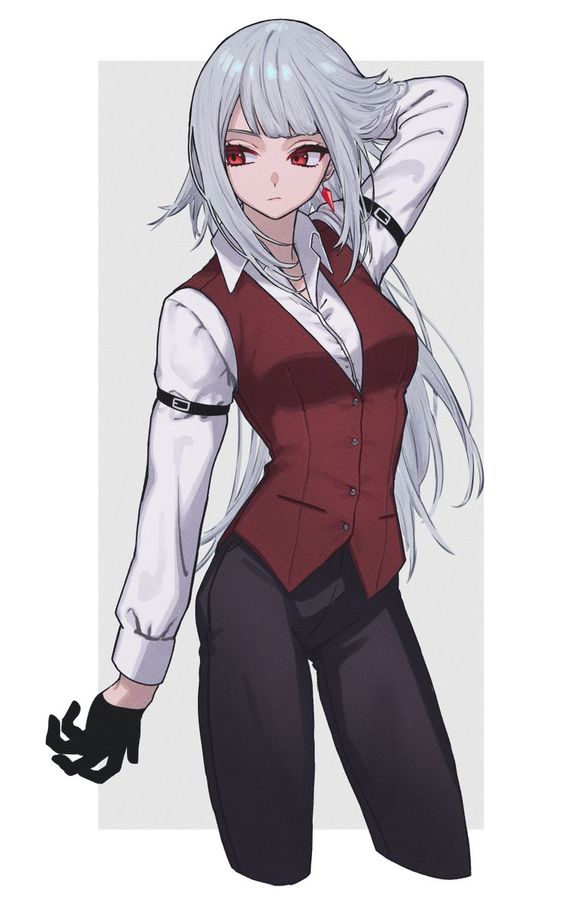 Enemies: Supporters and Followers of his Father

Real Name: Tyler Brochen Hero Name: Zap Codename: Blue Superpower: can control electricity using the electric signals in his body as biological conductors. Class = Mystical (No current explanation as to how this is possible) Backstory: Tyler is a smart guy. Did very well in school and was often approached by many, as he was […]