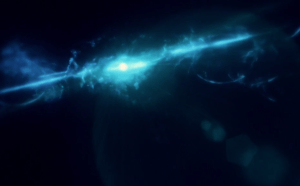 This is the Akashic Records. This “place” has been called by many names over the years. The Great Library. The Key to Salvation. God. This is due to its nature as the recorder of the multiverse as it records every single even that did happen, will happen, and could happen.Thus it is an infinte well of knowledge. This very place…is the basis for all magic found in this world.

You see in the Records exist indivisual things called Sprites which are assigned one person for their whole entire lifetime. This sprite purpose is to record everything that person will do and has done.

Path: These are words which can sum up what the person’s whole life will be like. An example is if the person’s life will be full of hardship with several problems along the way but they still manage to pull through. They would have an earth path to show the unyielding nature of earth. A path doesn’t have to be an element such as the path of Infinity. The person’s life has multiple different options it could go down. The person could be a chef, swordsman, scientist, poet or most likely all of the above. Paths can be used in magic to create techniques.

Techniques: These are one of two things. Incarnations of the person’s life is the first one. What do I mean by this?Your Sprite when you access it supplies pivotal moments of your life. However, a filter of sorts filters this information once it comes to the earth as it turns these key moments into symbols that represent the moment. This si due to the fact that the Filter is governed by human prespective on the certian indivisual thus causing one event to have different techniques

Imagine you are a necromancer who was trying to bring to loved one back from the dead? However, it turned out to be a horrible mistake as your loved one came back as a monster. A possible technique is:

Technique: Dolly: The embodiment of his love for his younger sister. The dedication he went through to bring her back to life. The laws he has broken and the things he had to do. Only to get a full-blown monstrosity. This technique is the summoning of his sister….in a distorted form. This form of his sister is full of hatred and grief attacking the first thing it sees with a vengeance.

The other type of technique is they type which one uses their path to create a technique. This is a rather simple process when one knows of their path. When you create techniques for example lets say my path is that of a wolf. Wolves are known to be relentless with their prey and track them down no matter what. Thus a potential technique I could pull of is an homing atttack which follows the target where ever it goes.

Skill: These are passive effects which are gained from accomplishing something. An example would be a swordsman who managed to take down an entire army down by themselves they would get the skill Man Slayer whcih would make such things much easier the next time. It also matters on the perspective of other  people around you. You see the reality filter is based off the actual information and the rumors and legends surronding the being. Thus the previously aftermentioned necromancer has gained the skill

Magnum Opus: This captures the essence of one’s existence. Something beyond a technique or a skill. A mage’s greatest work. The embodiment of a mage’s whole entire life. This is when a mage transmit’s all the information on their life through the Filter thus the reason why it can be considered the incarnation of the mage’s life. A Magnum Opus varies on the indivisual with some being entire universes hidden in a pocket dimenision or summoning of powerful creatures. This necromancer poet’s Magnum Opus is:

I shall create origins for characters of mine. This is the first part of a story regarding my character Roselia that connects with another of mine.