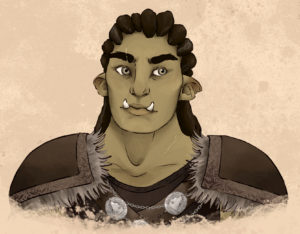 Full birth name: Tulasha(no surname, she grew up without one because of Bhutanese culture) Do they still go by that name? If not, alias: Tulasha Tieyung(she gave herself a surname to fit in) Other nickname(s)/petname(s): Tulip(a nickname she gave herself because some said her name reminded her of Tulip – they say it’s easier to […]

To Hell and Back

A man who lived a long life of sin is sent to hell to pay for what he has done. After meeting Satan and getting comfortable in eternal hellfire, Ned begins to make the most of his time as one of Satan’s minions.

The Six Horsemen of The Abyss – The Abyss Prophecy

The Abyss Prophecy (Translated from sacred text to restored English) An unfathomable amount of power and energy will be burdened upon Gaea’s green Earth. The energy will go through the trial and error phase quite slowly, until it meets it’s true suitor. The children given the abilities to raise the world and drop it into […]