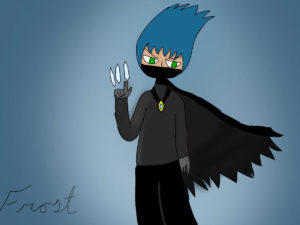 The Chronicles of the Magical Programmer: Chapter 10

“Created? This…boy created you?” Dormammu gestured to Magnus who was outside of the hallway in a mid scream.   “Yes. His mother and father were attempting to escape the main family and they sent a group of decently powerful mages after them who were defeated with no fight. They were too strong -killing them. The […]

Whitney didn’t sleep much that night. As if her insomnia wasn’t bad enough, she couldn’t get the thought of blood out of her head. It reminded her of her parents.   After a sleepless night that felt like forever, Whitney decided it was time to get out of bed. She got up, opened the bedroom […]