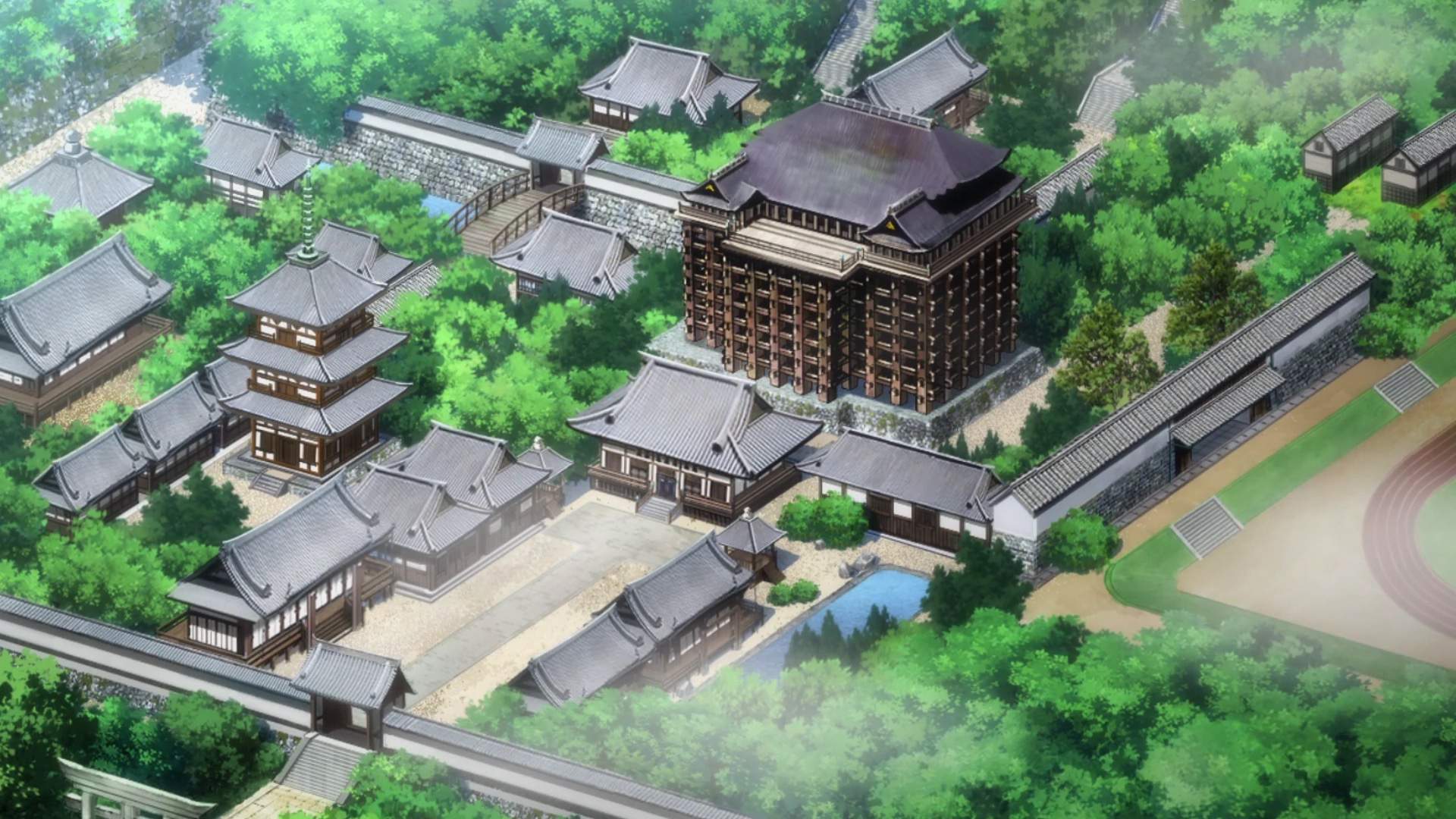 The central focus of the Bureau is the protection of Japan. This differs greatly from its predecessor. It went by the name of Onmyōryō, one of the bureaus in the Ministry of Central Affairs. The organization was given responsibility for all divination, magic, and religious services outside the provisions of the Ritsuryo legal system. Essentially, they were more like people who you would pay to perform magical/religious rituals to aid you with things like journey, marriage, etc.

The Bureau is more like Japan’s fighters against the supernatural. When the Manji clan begins to start going on a rampage in Tokyo, these are the people who are called to take them down. When a kitsune starts sucking the soul out of men, that is their business. And it’s not just yokai they focus on.  They even target rogue mages such as the Tokyo Ravens who profit off of cursing people for money.

This willingness to protect Japan from all threats extends to more macro scales. An example is the Divination Division who is constantly active as they look through several adjacent timelines for any possible threats that may arise and look for the best ways to neutralize them.

Another objective of the Bureau is the advancement of Onmyodo. For centuries, Onmyodo had remained stagnant while other magic such as Vodoo had expanded their power to near world-ending potential. They’ve decided that they can’t remain behind. So, Onmyodo has gone through a sort of “Magical Revolution” with it being much more combative than before.

Threats to advancement are seen as unacceptable. An example is Clocktower who has tried to dip their hands into Japan to control the mages who exist there. Hell, they’ve even sent spies to steal Onmyodo secrets. So they have made countermeasures to ensure Japanese Magic is “pure”

The Bureau of Onmyodo had reached the heights of its power in the Hein Period under the leadership of Abe no Seimei. For the skills of Abe were beyond legendary. Kami would force sky crack if he so demanded. His divination was perfect enough to see entire centuries into the future. His arcane abilities allowed him to imprison powerful yokai. Under his teachings, onmyoji became even more powerful.  It was ruled originally by the Kamo family until Kamo no Yasunori, Seimei’s teacher, divided the duties of the Bureau between Seimei and his son. The descendants of Seimei, the Tsuchimikado clan would control the organization until its dissolution.

But how exactly did it dissolve? Onmyoryo and onmyoji lost their presence as bureaucrats due to the complete breakdown of the ritsuryo system and Hideyoshi TOYOTOMI’s oppression but, on the other hand, Onmyodo, that was supposed to have been a state secret, burst into the private sector and a large number of civilian onmyoji flourished across the country. Onmyouji came to mean non-government civilian worker onmyoji performing kaji kito (removing bad spirits by offering prayers) or divinations personally requested by common people in the private sectors.

There wasn’t much need for onmyouji especially with the fact that people were capable of using onmyodo. So Onmyodo fell to the realm of typical stage magicians and conmen with it being somewhat melded into Shinto Mysticism.

At least that was until a group of foolish teenagers discovered a potent, dark ritual that was engraved onto the walls of a sacred cave. So they performed the ritual which involved the piercing on a sacred tree that onmyoji’s had used to strengthen the barrier between the Plane of the Living and the more….unsavory realms. Several evil-wreaking gods (devils and specters) would be summoned from the Tokoyo (eternal night kingdom of God).

Needless to say, everything went to hell. Bullets would go straight through them but the body would simply refuse to fall. The smell of iron rang fresh as mothers screamed seeing their newborns being devoured whole. Blasts of dark, green energy lit up the skies. Hundreds of oni and youkai flooded the streets as they had finally decided to take the chance to end the masquerade surrounding their existence. All in all, around five thousand people died.

So the government realized that their only option was to reinstate the Onmyoryo but with the purpose of defending Japan from the supernatural rather than being a division centered around fortune-telling, astronomy, time, and calendar. So it was given a new name – The Bureau of Onmyodo.

When the idea of the Omnyoryo being reinstated surfaced up, people realized that it couldn’t be revived exactly the same. For that organization was designed for fortune-telling, astronomy, time, and calendar. Essentially, it was designed for more combative purposes. Thus a massive redesigning would be needed. They removed the more flavorful aspects such as time and calender seeing that modern technology was superior.

The Divination Division is the second most staffed and extremely overworked. The focus of this division is to look into multiple futures in an attempt to discover ways to swerve around ones that could lead to the destruction of Japan. An example is an aversion to what is known as the Death Parade Incident. This is the timeline where supernatural monsters essentially go into a competition to bet how many humans certain beings could kill. This was averted by killing the head of the yokai clan who suggested it.

Though the division is not all about things that major. It is common for low ranked members to be assigned to stalls so they can divine things for different people. Common requests are “where are my keys” or “where is my soulmate”. This is for two reasons. 1) Developing the skills of new members 2) Keeping the Bureau on the “good side” in the public’s eyes. Furthermore, due to not all onmyouji being capable of seeing into the future, they are also assigned to scry for information of any abnormal events or crimes

The methods of Divination vary. Some onmyouji use Astronomy -assigning different celestial bodies meaning. This method is shockingly accurate but isn’t use for specifics due to how vague it can be. Another form is the use of Geomancy which would allow one to (including positioning of the home such as in Feng-Shui) locate where to tap the ground for digging wells or placing barriers.

This division holds the spot of being the most staffed in all the different branches. If you looked at the branch in Tokyo and then Kyoto -you would be able to see that this division is a constant high. The focus of this division is to essentially act as the combat one. When the divination division picks up something like a youkai murdering a human, they send the information to the Excorism Division who send out a couple of squads to deal with the threat.

The Exorcism Division also deals with things like less combative things. An example is how many newbies are sent to deal with reportings of haunted houses and the like to exorcise the dead spirit that remains. They are also brought in when demonic entities start possessing humans. Typically a cleansing ritual is all that is needed but the more stubborn ones require….the extermination of the mortal host.

It should be noted that the Exorcism Division is typically privy to the more powerful/combative onmyodo techniques due to typically being on the field. A standard technique is Reinforcement which allows them to be able to not get their shit wrecked when facing beings that are far stronger than them.

This used to be a subdivision of exorcism but the amount of human-related magical crimes have skyrocketed in the last twenty years to the point where this was found necessary. Though most branches just lump the two together for simplicity’s sake. This division is often given to newbies due to the ease of dealing with humans rather than youkai or oni.

This division is more of a magical police force with them stopping illegal uses of magic such as people cursing other people, the selling of love potions, etc. Though they generally leave most with nothing but a slap on the wrist because the Onmyodo that have access to isn’t powerful enough to cause real harm.

Though a rising concern for the division is groups of magical criminals forming. This makes them much harder to catch -combined with the fact that the magic they use is powerful enough to actually cause some harm. In fact, the magic used by organizations like these is the same one used by Onmyouji.

This division is focused on the development and maintenance of Barriers. This seems to be an oddly specific division to outsiders. But this division was made specifically with the intention to never let the tragedy that occurred happen again. After all, this whole thing was caused by the weakening of Japan’s barriers.

Thus, one of their goals is to make sure that old barriers from the past are still functional. This is because as well-made the barriers were, they are around two-hundred-year-old meaning that there are flaws that modern onmyodo doesn’t have. It is this division’s job to essentially upgrade the barriers by adding more layers or getting rid of design flaws.

They are often requested to set up barriers for civilians as well. An example is an old elderly couple who wants to make sure their riches aren’t stolen. So they call someone from the barrier division to set up a barrier that makes it so a person can only enter if they’re given direct permission from the couple.

Blood And Jaws: Part 1: Mysteries Behind The Hides

***Warning: This story may contain violence, blood/gore (to a certain degree), language (dashes or stars will be used), angst (again, to a certain degree), hints/mentions of sex (although none is done within these stories), and more. You don’t have to read the story if you’re not okay with this content.*** •••   It was yet […]

It was just one week til school started, and the sixteen year old Whitney was only too eager to get out of the house. She was never horribly uncomfortable around her aunt, but her cousin was a different story. In all the time she had been in Oregon, her cousin did not speak a word […] 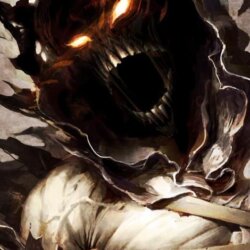 @peepso_user_179(DjalliVdekur)
This is really cool!
1 month ago 1 month ago 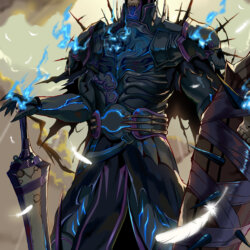 @peepso_user_158(K5S14)
Permission was indeed granted. Excellent work so far.
1 month ago 1 month ago

@peepso_user_180(CodeX)
@peepso_user_158(K5Sable) Thank you for thy permission. I assure you I won't mess it up. The next post will be about Gods and how they are structured is that fine?
1 month ago 1 month ago