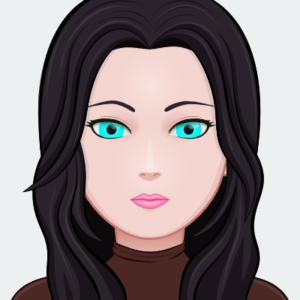 Mrs. Musk
I am relatively new to the world of OCs, but I look forward to just letting people read about and enjoy my characters!
https://ocfancy.com

Jesse didn’t start to worry until the afternoon started to grow long, the trees in the field across the way setting down fingers of shadow that stretched into the yard… he put the baby in a sling and a handkerchief on his shoulder so he could burp her as he walked. She burbled and blew raspberries at him, and shrieked with laughter when he made faces at her…

The Necropolis: Part 3 of Origin

Just from that excerpt alone, one could tell that the world is in a state of absolute chaos. With similar cases to Rebecca all over the world, official governments didn’t know what to do. However, after six months, they came up with a plan called The Anti-Undead Plan. It was projected to end all […]

Chapter 2   ••• ” I can’t believe we have to clean up other people’s messes!” Web—the Brooklyn-accented male with bull-like horns on the sides of his head—muttered aloud. “They should clean it up! Not us, them!” Veevee, the Black British woman who was deaf in both ears, rolled her eyes directly at Web. Like any […]